(Introduction: do not be surprised that in a Catholic site we talk about an Anglican missionary initiative.

Also Italy had many great navigators that sailed the oceans and discovered new lands, we have to recognize that the English for centuries sailed the seas of the world as real masters, interweaving a dense net of logistic points of support that encompass the whole Globe.
This logistic system created the opportunity to speak about the LORD to whoever spends much part of their life at sea.
The collaboration that has born on the sea between the different Christian Confessions (we Italian are present with The Apostleship of the Sea "Stella Maris ") is not only a positive fact, but we should look at it like a prophetic sign of that Unity of all the Christians for which Jesus has intensely prayed and for which all those people that work for unity with an authentic Missionary Spirit).

The Missions to Seamen, an Anglican missionary society was founded in Cardiff, S. Wales in 1856, and under its new title "The Mission to Seafarers" provides a ministry to seafarers in over two hundred ports around the world.

The Flying Angel Flag was first raised in Hong Kong in 1885.

In 1969 the Roman Catholic Apostleship of the Sea (Stella Maris) joined us in association, followed by the Danish Seamen's Church in 1981 and the German Seamen’s Mission in 1995. 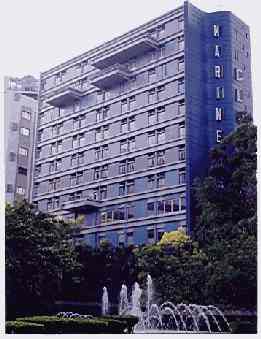 In 1967 a new twelve-storey building was opened in Kowloon, 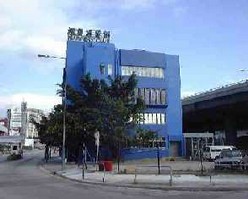 which was followed by the construction of a smaller club at the Kwai Chung Container port in 1975.

Lord God, we depend on you for life itself. We depend on seafarers for many of our daily needs. Watch over them, keep them from danger, befriend them in loneliness and bring them safely home to those they love. Amen

Almighty God, we give thanks for all those who work at sea. We acknowledge our need for the food and raw materials they transport. We recognise that they are sometimes in danger and their long absences often involve sacrifices in their family life. Help us to show our gratitude not only in our words, but also in our actions. Through Jesus Christ our Lord. Amen