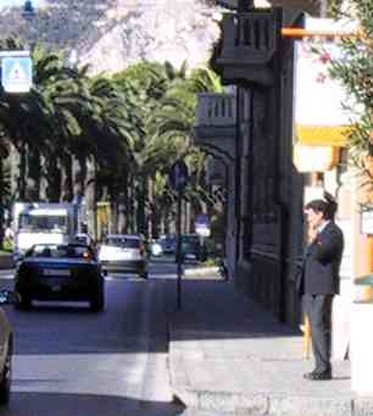 Waiting for at a bus stop.

1) Who is the monk? What is the meaning of his life?

As, who, is waiting for at the bus stop, with his own presence he points out that the bus will arrive, so the monk, with his life radically turned to God, he tells to today's man: the Lord comes, comes in your life; if you waiting for Him, he will come in your brother; in any cheerful or sad event you will find Him at your side.
In the monk it could be seen who lives waiting for and he has already in his eyes the smile of who is about to arrive. It is not one place or another that could give you peace, but agreeing to God's plan. Do his will it's the precious pearl that, once found, fill you with joy so big that you leave, without regrets, every other place, every other possessions.

The search for joy marks and directs the life of every human being through so many roads proposed by the world. Some streets are persistently offered as easy, but they conduct really to self-satisfaction, reducing the other person to a means.
Now I imagine you will ask me which one is the true joy and particularly for a seclusion monk? When I arrived at this Abbey, in the beginning, I felt lost.
Then a little at time quite here in this place, I discovered the precious treasure, for which you sells all, to buy it.
Happiness is feeling beloved by the Father; perceiving that it is possible to live, every moment and every situation dwelling in God's hand.
Every life, not only the monastic or religious one, it's a vocation; it's a call to joy. Not the possession therefore, but the availability is the true secret of happiness. You don't enter in a Monastery looking for joy, but because you have already found the font of joy, a perennial joy because dwell in the Father's heart. Jesus talking about who has found a treasure hidden in a field, he doesn't tell only that he joyfully sells all his possessions, but he affirms that "because of joy" that he has found sells all. Joy is at the root of choice. A similar joy doesn't eliminate the dark moments of life, but it illuminates them.
It is not a psychoanalytic therapy, but a contagious life style.

With prayer, dialogue with God, the monk accompanies silence.
The silence in which, the monk's life is absorbed doesn't make to think to a condition of loneliness, forced or sad, but to that silence that comes before the orchestra beginnings to play, a choral silence, preludes a music without end.
Silence doesn't mean any communication. As in a family we communicate in many ways, looks, gestures, attitudes, and actions at times more expressive than words, so happens between us monks. Living together, working one close to the other, an intimate communion is created, that appears through daily and for us particularly is revealed in our choral liturgy. Also singing and liturgical prayer are of a particular beauty when between us, we succeed to have a true syntony of heart and of soul thanks to the Spirit's breath.
Our fraternity ensues particularly from the bond of trust, of sincere and open dialogue, that each monk has with the Abbot, who between us is the sign of the Father. 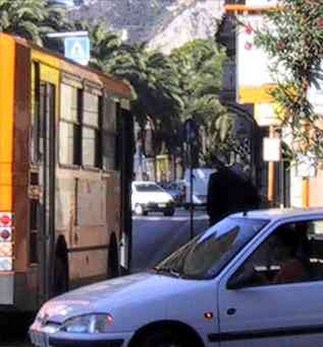